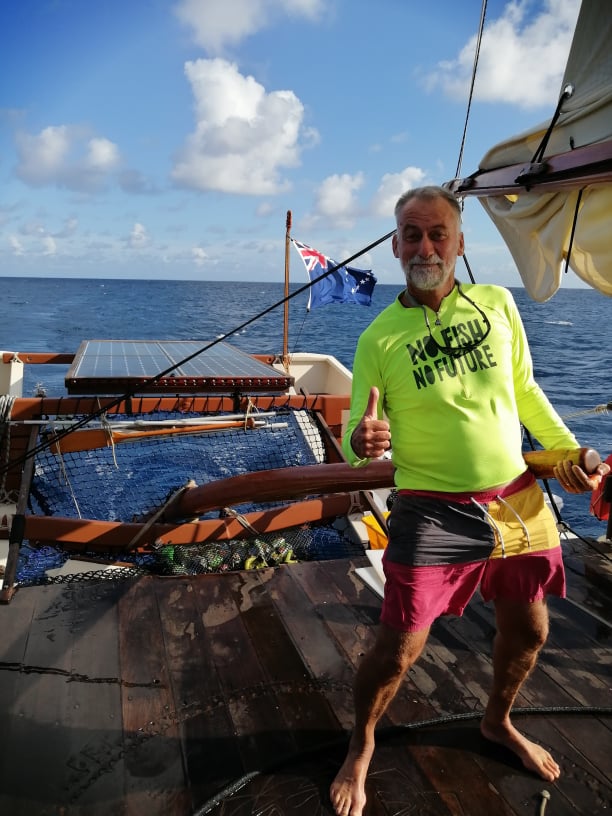 We are now approximate 15miles north of Aitutaki, heading on haka, the traditional navigation bearing equivalent to 9 degrees true in modern navigational terms. We are averaging around 4 knots in very light breeze. We have just had a great lunch and Alanna, Terii and Sandy have decided since it is so calm, they need to bake an upside-down pineapple cake!

We deployed the plastic trawl donated by 5 Gyres to the Cook Island Voyaging Society for 30 minutes, but only caught some rice and chives that someone had for lunch! We did think we had some small blue microplastics, but on closer inspection they were tiny blue zooplankton, possibly some kind of jellyfish. Next time we will deploy the plastic trawl between meals, and not when people are washing their plates! Or using the toilet!